THE GYRE-NORMOUS IMPACT OF OUR OCEANIC GYRES 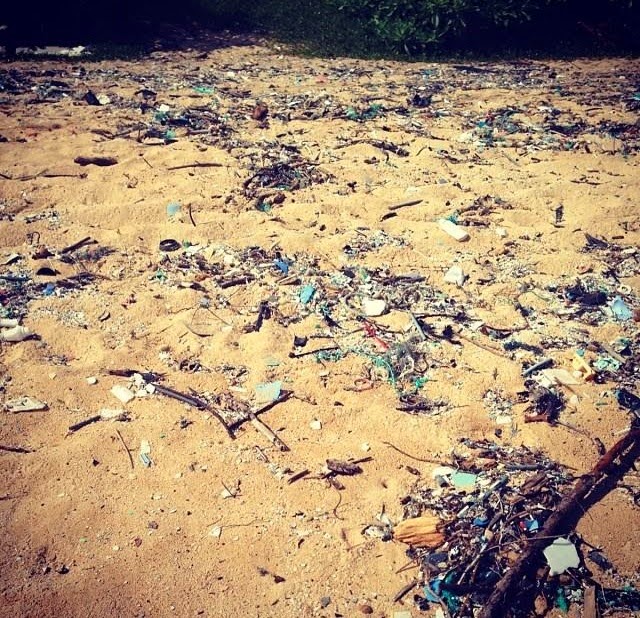 The shoreline of Kahuki beach, Oahu.

Today I’m talking gyres. This is a little bit of an overdue post and one that has been brewing at the forefront of my mind since my recent holiday to Hawaii. It was there that I saw, firsthand, the effects that our consumption of plastic is having on our environment. The postcard pristine white sandy beaches of the infamous North Shore are just that. Limited to a postcard. The reality of these beaches are extensively littered and polluted coastlines stretching for kilometres. During the Wanderlust festival, my beautiful girlfriend and I offered our morning sesh to take part in an initiative by Sustainable Coastlines for an ocean clean up. The group met early, drove to Kahuku beach and had our minds blown when we arrived. This wasn’t Hawaii. This wasn’t a beach. This wasn’t how our planet is supposed to look. The shoreline resembled a tip, with debris, microplastic, rope and all sorts of rubbish scattered along the once beautiful Hawaiian sands. It broke our heart. For those people who believe that the way we live, the way we consume and the way that we treat our planet isn’t wreaking havok on Earth’s delicate ecosystem (i.e. mister Prime Minister) – I challenge you to sift through these sands and then look me in the eye to tell me our current system is working. It just aint. 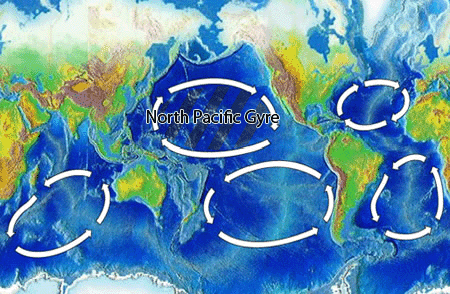 The five major oceanic gyres.
So what the bleep is an ocean gyre? A gyre is basically a large, swirling, rotating ocean current. There are five major oceanic gyres within the Indian, North Atlantic, North Pacific, South Atlantic and South Pacific oceans. These have been swirling and gettin’ their groove on independently for millions of years. Cue humans. We silly little humans have been using the ocean as a wee bit of a giant waste paper basket. Rubbish is thrown overboard, collected at beaches and ignorantly dumped at sea. So where does all this yummy stuff collect and congregate? Just like a beach side rip dictating where we end up during a playful little swim – the ocean currents give this rubbish a free ride (from ALL over the world) where, naturally, it meets at one of these Gyres. The most prominently polluted oceanic gyre was discovered in 1997, and aptly named the Great Pacific Garbage Patch, and it’s mate (a little close to home for us Aussies) the Indian Ocean Garbage Patch, was discovered in 2010.

These patches are essentially floating rubbish tips. But if there are blobs of trash floating around in one spot in the ocean surely we can just head out with our nets and scoop it all up right? Wrong. These plastic remnants degrade and break down (but never completely) into small, and very dangerous, microplastic. These are then ingested by marine life and leak nasty chemicals into our beautiful oceans. Oh well poor fish – they get little bits of plastic in their tums – big whoop. Firstly it’s painful, nasty and eventually kills thousands of different species because, news flash, earthlings weren’t designed to consume plastics//toxins//pollutants. And if you can’t empathise with a fish or whale or occy – then think about your fellow man. We then consume the seafood so are indirectly consuming all sorts of ocean nasties, including that plastic that we initially turned a blind eye too. Another factor that makes collection of this rubbish really difficult is the sheer size (and neverending build up) of these rubbish collections. The size estimates of the Great Pacific Garbage Patch is between 700, 000 square kilometres to as gargantuous as 15, 000, 000 square kilometres. Scary shit. 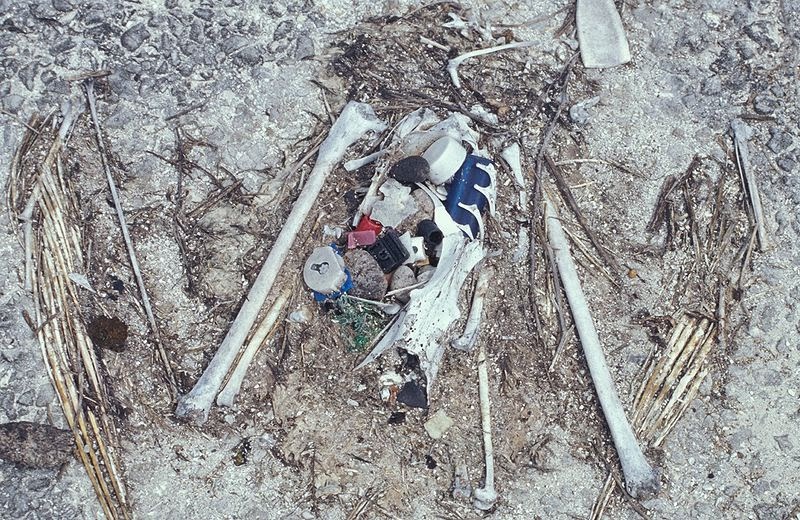 The remains of an Albatross found in 1997 - full of plastic.
Found here

But there is hope. Like anything in this world, we humans are blessed with the power of choice and the prospect of change. Witnessing the drastic state of our oceans scared the pants off me and has inspired me to change my ways. I will be doing a post later on this week with more of a focus on how we make the change and how we make simple choices that will drastically improve the state of our beautiful planet.